Since the dawn of the digital age, psychologists and researchers have wanted to know how technology has affected human behaviour. Well we can’t tell you all of their findings and hypotheses, however we can give you our opinion! We Brainstormers think technology is a wonderful thing, and we rely on it heavily in what we do day to day, but we think it’s always worth being aware of just how different life would be without it. A rather poor, yet relevant example of this is the 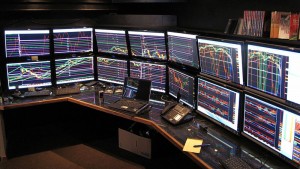 multiple power cuts we’ve been having this last month at the Brainstorm Office! Our jobs wouldn’t even exist without some form of technology. But having said that, it’s also important to remember not to lose your personality and just turn into a techno droid who only communicates through instant messages, eats microwave meals and sleeps, maybe not even that! But this so called ‘Google Effect’… What is it, and is it turning us into stupid lazy droids?

The Google Effect is a term used to describe how the internet is leading humans to be lazy and ignorant. Why bothering trying to remember a load of details if you can simply Google it and have the answer at your fingertips in seconds? Even consider the advancement from

Blockbuster to Netflix; having so much at our fingers is enhancing the lazy side of human nature. This doesn’t mean to say we are dumb or thick, simply that we feel less pressure to memorise information as we know it’s all archived on the internet. Much like having an open book test during school; why memorise it if its right there in front of you?

To highlight this Google Effect, researchers told half a class of students visiting a gallery to take photos of all the exhibits. They then told the other half of the class to take mental notes on them. In a test the next day it was the second half, those who didn’t take pictures, who remembered more details about the pieces.

So while the internet has allowed humankind to make huge advancements regarding ease of information gathering, and saving our legs a trip to the video rental store, it does seem to have influenced how we absorb and retain information. Is this necessarily a bad thing? This is one of the questions splitting the opinions of many researchers, some argue yes, it is a bad thing as we are not stretching our brains to store and retrieve data which could lead to faster neurological degrading in later life, and some argue no it’s not all bad, as it leaves us more time to remember information that is important to us, or for our jobs, family life and memories. So read more into this if you wish, but one thing is for sure; the internet is making us lazy!